Oleh Una 4/27/2018 05:51:00 PM 13 komentar
Last week (20/4) around 6 PM, my housemate who is staying in room front of mine shouted calling my roommate's name. He sounded so excited but I didn't what is the reason because he just talked with his roommate in Mandarin.

"Shower," I said when he came looking for my roommate.

He left my room and came again and see my mirrorless camera on top of my bedside table. I just brought camera from Indonesia two months ago and I almost never used it here. But that day, I wanted to take photos so I took out from my luggage. He said he wanted to borrow the camera to take photos of aurora. Then I knew the reason why he was so excited is: Aurora australis or southern lights which could be seen that day.

"You go you go? Ah, I know you don't go," he tried to invite me but he answered himself. 😜

He left my room (again) and came again. He said that day the aurora index was so high. So aurora strength shown from a planetary index with kp unit. It goes from 0 to 9, and more higher more likely you see aurora. That time, I checked it was 5.67 and would be more than 6 in half an hour.

"Now! In 10 minutes," he answered then he went to knock bathroom to tell my roommate that we need to go soon. I was chilling down with my computer and suddenly was in rush to change clothes.

I remembered my roommate said she really wanted to see aurora and even planned to leave Tasmania after she could see aurora. I think she kind of gave up because she already bought ticket leaving Tasmania. And seeing aurora needs luck because you don't know when will it can be seen even the forecast sometimes wrong.

I wasn't paying attention but I think the lookout we went called Great Lakes Lookout, around 40 minutes drive from our house.

We didn't need to wait and we set our camera to take aurora pictures.

So we couldn't see the aurora with our naked eyes. I read through googling that aurora can be seen with naked eyes if the kp is very high, like 9. What we could see was white long cloud and sometimes moving. I don't know how to say the word but we could see the radiance (ray?) of the 'cloud'.

We were so excited and screamed a lot, "Wooo! Wooo!" Especially when the cloud rays were changing and even it was 'only' white cloud it was so amazing.

In other side, in the camera, we could see the color. At the first time it was green, and then red colour came. We shouted every time we saw the result of the picture because we need to set long shutter 15-30 seconds and after that the camera still needs time to process so basically need 1 minute to take one picture. I feel like I want better camera and tripod. We just put the camera on top my friend's car. 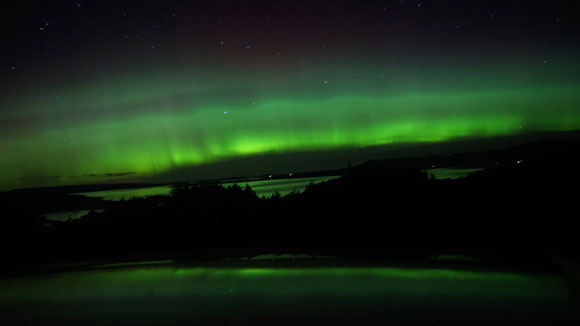 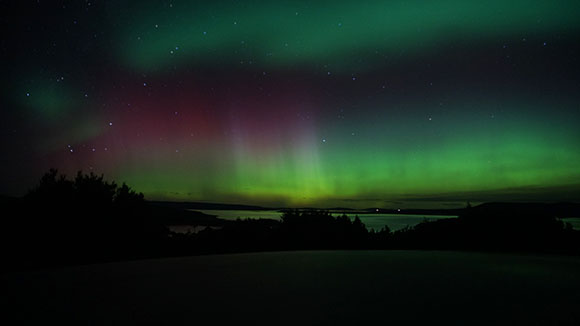 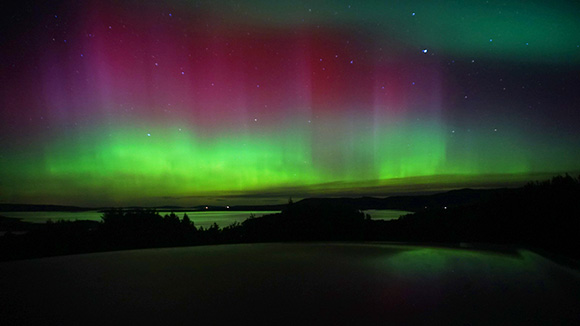 We took few picture with us inside the frame but all of my faces are blur. Really can't help to move in 20 seconds. But that's alright, aurora more important than the face. (Lie, I want to fix my face with Photoshop right now! 🤣)

We were there around 1 hour and half then we went home.

We arrived home safely. And happily.

Now, I want to go to northern part of the world to see Aurora borealis. Someday...